I realize I will never again know who I am in current photographs (prosopagnosia) without using broad clues such as background and clothing.  Due to only remembering faces from before (anterograde) my stroke (acquired), I always recognize myself in younger pictures.  However, logically, I will continue to age.  Even if I were to never again change my hair color or style, my face will change.  Aging is inevitable.  There are lines and creases that continuously alter how we appear.  It’s a fact of a life well lived.

My image as a young woman will always be recognizable when flipping through photo albums.  I identify with these pictures from years gone by. 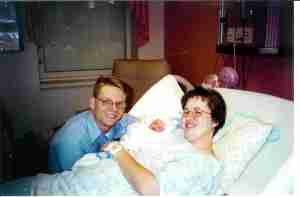 This image of what I looked like then is frozen in my mind forever.  It is the face I will always expect to see when I catch a glimpse of myself today.  Still, fortunately, I am able to remember the happy thoughts created each and every day.  In the end, these memories are much more beautiful and meaningful than any photograph we could ever take.

Guest Post- Strokes: How to Recognize Them, and What to Do

Strokes:  How to Recognize Them, and What to Do

Strokes are serious, and their impact is very real.  Approximately 700,000 Americans experience a stroke first-hand every year. Some die from that stroke, but, of course, others live and recover. According to the American Stroke Association, strokes are the third leading cause of death in the U.S., taking a life every 3.1 minutes.

That’s a significant frequency, and that’s why it’s important that people are educated.  The faster (and more correctly) that a stroke is recognized and responded to, the more likely the victim will recover.

That’s why we are providing this article today.  We want you to understand, to be prepared, and to have the most effective preventative agent on your side:  knowledge.

What Is a Stroke?

A stroke occurs when there is an interruption in the flow of blood to the cells in the brain.  Without the oxygen supplied by the blood, those brain cells die.

The less common type is a hemorrhagic stroke, which occurs due to the rupture of an artery, either outside the brain or at the base of the brain.  Hemorrhagic strokes account for approximately 20% of strokes.

Symptoms of a Stroke

Stroke symptoms are unfortunately categorized by the suddenness of their onset and their severity. These symptoms generally do not build gradually, and may occur in quick succession.

Symptoms of a stroke may include:

Somebody suffering from a stroke is likely to display one or more of the signs of a stroke, but even one symptom may be indication enough.  Be sure to take any warning signs seriously.

Identifying a Stroke in Others

FACE – Does their face slack or droop on one side, making it look off-balance?

ARMS – Do they have difficulty holding or raising their arms together, straight in front of them?

SPEECH – Is the person’s speech unrecognizable or severely slurred?

TIME – How much time had passed since you noticed the symptoms?  Be sure to tell medical personnel.

Call 9-1-1 immediately, and don’t leave the person. You should not try to take the person to the hospital yourself. Help the person sit down so they will not fall if they lose consciousness. If the person’s condition worsens while you are on the phone with emergency personnel, they will be able to talk you through the process of helping the victim until paramedics arrive.

Strokes are frightening, both for the person having the stroke and the bystanders who notice it. But, with FAST thinking and quick treatment at a primary stroke center, people who suffer from a stroke have a chance to make a full recovery.